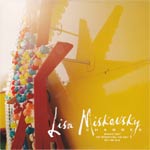 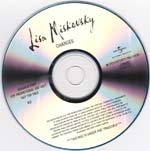 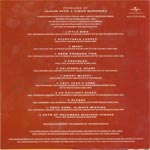 
The 3rd album from Lisa. This as a Swedish promotional release (v2). Each copy of

this release has its own number on the cd itself. This record is numbered "62"

out of (?) copies. Each of the records has its own watermark to be able to track down

the source of illegal copies. This is a later version with a nice looking cardboard,

instead of the paper inlay version that came with the first few promo CDs [v1] of this album.